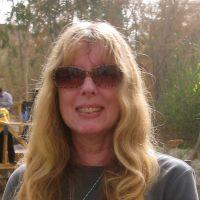 Angela Jaffray completed her BA at UC Berkeley in Near Eastern Languages and Civilizations (1989) and her PhD at Harvard University in Medieval Islamic Philosophy (2000). Her dissertation focused on the introductory logical works of al-Farabi. Since finishing her PhD at Harvard, she has focused on the writings of Ibn ʿArabi, whose work she was introduced to many years ago at Beshara Swyre Farm. She has published a translation and commentary on Ibn ʿArabi’s The Universal Tree and the Four Birds (published by Anqa Publishing in 2007) and has just completed work on Ibn ʿArabi’s esoteric work on travel, Kitab al-Isfār ʿan natā’ij al-asfār (Anqa Publishing, 2015). Her translations of Garcia Lorca's 'Sonetos del Amor Oscuro' were published in Collected Poems of Federico Garcia Lorca (Farrar Straus Giroux, 2002). For the last six years she has lived in Jerusalem and Chicago with her beloved cats.
email: angela.jaffray@gmail.com

The Secrets of Voyaging
The Universal Tree and the Four Birds