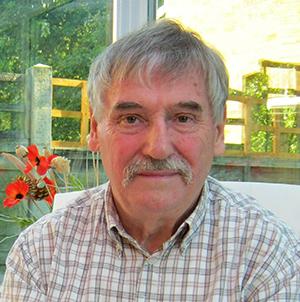 I was born at the beginning of the Second World war in Lancashire, UK and now live in Lincolnshire – birthplace of the Poet Laureate Lord Tennyson and the controversial UK Prime Minister Margaret Thatcher. I was the last of nine living children and the only one to go on to higher education. I remember vividly my mother’s love of playing the piano, for which she had a natural talent and potential, but with nine children there wasn’t much time or money. My father had been in the First World War and died when I was quite young, but the family story goes that, during his travels, he had had an extraordinary experience at the Wailing Wall in Jerusalem which affected him deeply. These kinds of family influences, particularly my mother’s death when I was in my very early twenties, made me aware of the impermanence of all human life and its deeper significance. This itself acted as a kind of magnet for delving into certain fundamental questions. They set the tone for my whole future life, and after having left school and gone into chartered accountancy and then moved on and qualified as a teacher of English, I subsequently taught English and Drama in an old-type Boys’ Grammar School in Lancashire. After this I branched into philosophy and later postgraduate research and eventually became a university philosophy teacher. This lasted for many years up to my retirement.

My early life had also given me a great respect for the often-overlooked merits of the ordinary working-class, particularly the due they accorded to education, straightforwardness, hard work and community. I married and had two children, one of each, and now myself and my wife have four grandchildren. My acquaintance with Ibn ʿArabi came through a meeting with a drunken sailor. He was on leave and about to go on a ten-day course at Sherborne House, Gloucestershire, and he brought back with him a copy of the now famous Twenty-nine Pages, which is a study of Ibn ʿArabi’s extraordinary mystical philosophy, known traditionally as the Unity of Existence. He asked, when he was in a more sober state, what I thought of it. I replied, ‘It’s rubbish.’ I have, ever since, lived to eat my own words. And this is largely due to my participation in the education offered by The Beshara School at Chisholme House, in the Scottish Borders, and my meeting with Bulent Rauf. Perhaps, enough has been said.