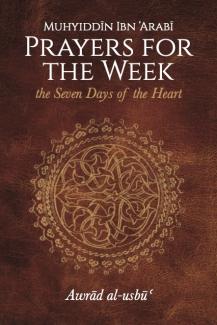 Prayers for the Week

Awrād al-usbūʿ
the Seven Days of the Heart
English translation and special Arabic edition,
with accompanying recording of the prayers in Arabic