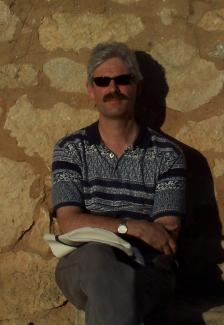 Stephen Hirtenstein has been editor of the Journal of the Muhyiddin Ibn ʿArabi Society since its inception in 1982, and is a co-founder of Anqa Publishing.

He read History at King's College, Cambridge, and then studied at the Beshara School of Intensive Esoteric Education in Gloucestershire and Scotland. After a teaching career, he began writing and giving talks on Ibn ʿArabi's thought at conferences across the world.

In addition to lecturing and writing, he organises and leads tours in the footsteps of Ibn ʿArabi.

He currently works as a Senior Editor for the Institute of Ismaili Studies in London, and lives in Oxford.

The Unlimited Mercifier
Patterns of Contemplation