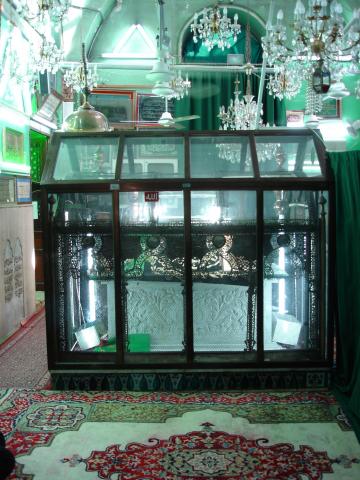 The tomb of Ibn ʿArabi in Damascus

Ibn ʿArabi's extraordinary inner and outer life is remarkably well documented by his own voluminous writings. More than 100 authentic works by Ibn ʿArabi have survived in manuscript form, and several provide ample details of the people and places he knew, and his own experiences. His travels took him from his native Spain to North Africa, the Hijaz, Turkey and Syria, where he lived the final years of his life and is buried.

He lived at a time of great cultural and spiritual flowering in the West, in the Jewish and Christian world as much as in the Muslim. His contemporaries included Ibn Rushd (Averroes), Abu Madyan, ʿUmar al-Suhrawardi, Ibn al-Farid, Moses Maimonides, and St Francis of Assisi.

It is reported that the Messenger of God said: "God is beautiful and He loves beauty". It is God who made the world and brought it into existence. The entire universe is therefore supremely beautiful. There is nothing ugly in it. On the contrary, in it God has brought together all perfection and all beauty.