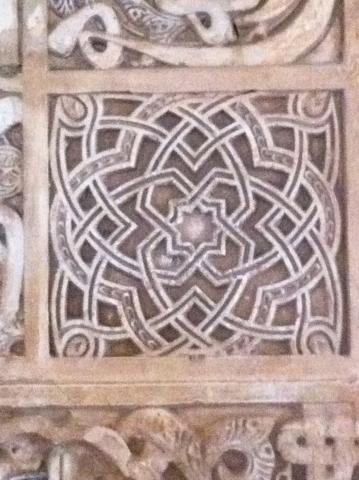 While [I was] in Egypt in the year 603/1206–07, Abū al-ʿAbbās al-Ḥarīrī told me a [story] about Abū ʿAbd Allāh al-Qarabāqī: one day he was walking with him in the market of Wardan, and he [al-Qarabāqī] had purchased a small chamber-pot for [his] little son to urinate in. Along the way, they went into a house, with Abū ʿAbd Allāh still carrying the new pot, where they met a group of righteous men. They wanted something to eat, and so they looked around for something they could have with bread. They agreed to buy some qutārat al-sukkar [liquid sugar with honey].

Then they said ‘this pot has never been used and is completely new’, so they filled it with sugar. Then they sat down to eat until they had finished, after which everyone left, and the owner [of the pot] walked off with his pot, beside Abū al-ʿAbbās.

Abū al-ʿAbbās told me: ‘By God! I heard this with my own ears, and so did Abū ʿAbd Allāh al-Qarabāqī – we both heard the pot saying: “After the Friends of God have eaten from me, shall I then become a vessel for filth? By God, this shall not happen!” Whereupon it leapt out of his hands, fell to the ground and broke.’

Abū al-ʿAbbās said: ‘We were both overcome by a spiritual state because of what had been said [by the pot].’

When he [Abū al-ʿAbbās] told me this, I said: ‘You have overlooked the real aspect of the pot’s exhortation to you. The matter is not as you thought – for how many a pot has been eaten from by people better than you and then used for filth afterwards! What [the pot] told you was this: “My brothers, after God has made your hearts [a receptacle] for His Knowledge and Self-revelation, you must not make them vessels for others. God does not prevent you from being His vessel.” Then it broke apart, and that is how you are with God.’

He [Abū al-ʿAbbās] then told me that they had not taken into account what I had alerted them to.