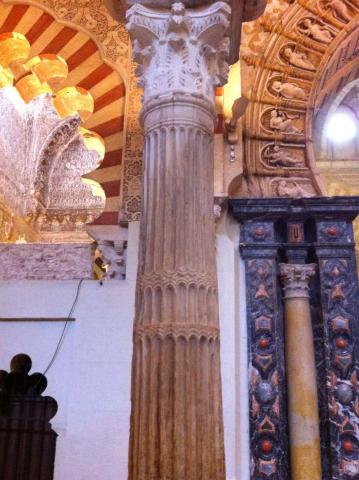 Inside the Great Mosque of Cordoba

“When I entered, he rose from his place, greeting me with great warmth and honour.  He embraced me and said: ‘Yes!’, to which I replied: ‘Yes!’  He was even more pleased with me because I had understood him.  Then I became aware of what had given him pleasure and said to him: ‘No!’  At this consternation gripped him, the colour went out of his cheeks and he seemed to doubt his own thought.

He asked me: ‘What kind of solution have you found through divine unveiling and illumination?  Is it identical with what we have reached through speculative thought?’

I replied: ‘Yes – no!  Between the Yes and the No, spirits take wing from their matter, and necks are separated from their bodies’.”