Divine Governance of the Human Kingdom 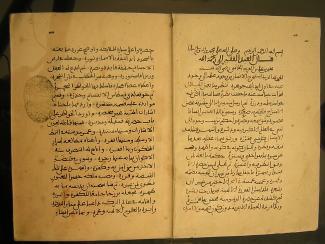 Written in Moron in Andalusia in the space of four days, this is an overview of the human being as an 'empire', within which there are various functionaries or 'rulers'. It is a contemplation of the human body as entirely subservient to the commands of the self, which in turn is to be governed by its highest nature.

"I composed this book as something small and subtle, containing great benefit and vast knowledge drawn from the knowledge which is private to God and from the gardens of Eden. In respect of the clear leader in which there is neither doubt nor conjecture, it is called The Divine Governance in Cultivating the Human Kingdom.

The book is divided into a preface and introduction and twenty-one chapters drawn from unity (tawhīd), on the governance of the world that does not perish, according to the order of wisdom and divine harmony..."